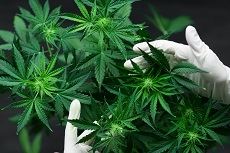 Despite what you may have heard, there is no such thing as "just a misdemeanor." Having a conviction for marijuana possession on your record could rob you of opportunities for the rest of your life. Police may tell you to plead guilty on a first offense, pay a fine and forget about it. But they are not telling you the whole story. What they don't tell you is:

With so much at stake, drug possession is a serious crime that requires a serious defense. At Willis Law, we treat every drug charge seriously. If you have been arrested for marijuana possession or any drug crime, our attorneys will be your strongest advocates.

Put our fierce defense representation on your side. Call toll free at (888) 461-7744 for a free initial consultation.

No matter the circumstances of your arrest, you can rely on our drug defense lawyers for knowledgeable, aggressive and cost-effective criminal legal defense. We will explain the charges against you and how we can help. In many cases, we will seek out appropriate diversionary programs that will allow you to keep the conviction off your record. If there is evidence of an illegal search and seizure or entrapment, however, we will work to get the charges against you dropped and the case dismissed.

There are several police force drug units* that work undercover in western Michigan to arrest people for marijuana possession, and cocaine, heroin, meth and other drug charges. They frequently employ underhanded tactics such as:

We truly care about what happens to our clients, both in court and in life. Contact us today to arrange a free consultation to discuss your marijuana possession defense. We have offices in Kalamazoo, Grand Rapids and Paw Paw.